Teenage Mutant Ninja Turtles: Shredder’s Revenge has been Announced for Consoles and PC

Remember those days of playing TMNT on the arcades or your SNES? I certainly do remember having a sesh with my friends for Turtles in Time. Well, it seems like the classic beat’em up is coming back with a bang. That’s right, the Teenage Mutant Ninja Turtles are coming back to the gaming space in the way we know and love. Additionally, the game will be available on consoles and PC (via Steam). What consoles? Which release date? We still don’t know. The steam page says that the game is “Coming Soon” so we’ll have to update that at some point.

The name of the game is Teenage Mutant Ninja Turtles: Shredder’s Revenge. The game will be brought to you by beat’em up experts who worked on Streets of Rage 4 at Dotemu. Meanwhile, the game itself will be developed by Tribute Games. The developers of the fantastic roguelike game Flinthook and Panzer Paladin. 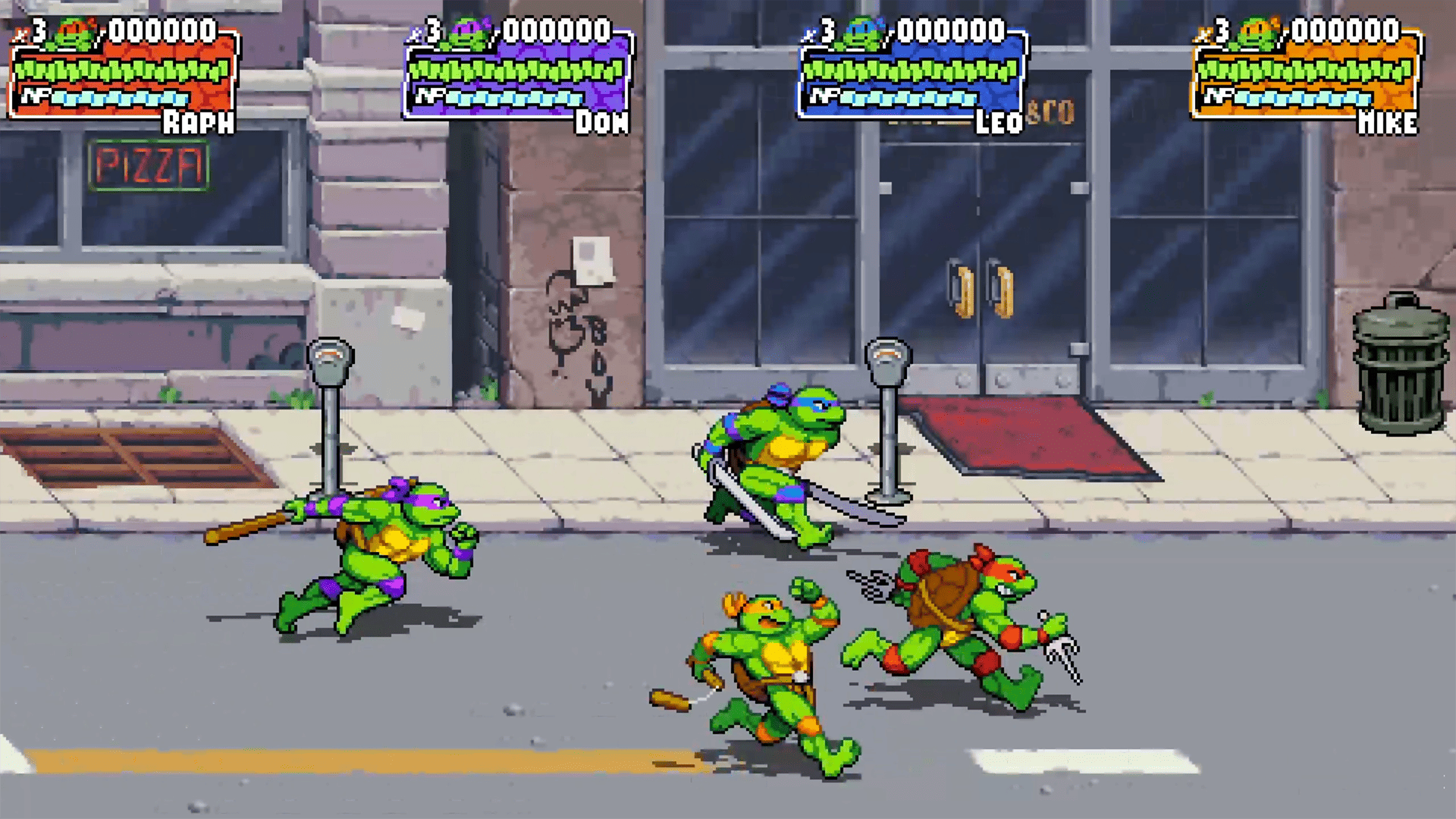 The TMNT beat’em up is going to be lit if the trailer is anything to go by. We’re going to get the return of 4-player co-op alongside pixel art graphics. But, what’s the general gist of the game? Well, the folks at Dotemu provided a short overview of the game:

Teenage Mutant Ninja Turtles: Shredder’s Revenge features groundbreaking gameplay rooted in timeless classic brawling mechanics. Brought to you by the beat ’em up experts at Dotemu (Streets of Rage 4) and Tribute Games. Bash your way through gorgeous pixel art environments and slay tons of hellacious enemies with your favorite Turtle, each with his own skills and moves – making each run unique! Choose a fighter, use radical combos to defeat your opponents and experience intense combats loaded with breathtaking action and outrageous ninja abilities. Stay sharp as you face off against Shredder and his faithful Foot Clan alone, or grab your best buds and play with up to four players simultaneously!

Honestly, the thing that’s intriguing me the most is the multiplayer aspect. I mean, it’d be great to see some sort of online co-op that wasn’t Ubisoft levels of bad. However, it seems like that sort of thing is a luxury that not even fighting games can get. Maybe we’ll get some news about this in the future alongside the release date. But hey, who knows, right?

What do you think of Teenage Mutant Ninja Turtles: Shredder’s Revenge? Are you going to get the game on PC or on consoles? Which consoles do you think the game will release on? Tell us what you think in the comments section. If you want to hear our impressions on Dotemu’s work, check out our Streets of Rage 4 review.